The store will not work correctly in the case when cookies are disabled.

Antibodies, also known as immunoglobulins, are protective proteins that the body’s immune system produces in response to foreign substances (antigens). They are a crucial component of neuroscience research, as they tend to be the focal point of common diagnostic tests, analysis assays, and even advanced therapeutics.

When it comes to the isolation, localization, and characterization of target proteins, antibody-based methodologies rank among the most crucial and widely utilized approaches in cellular and molecular neuroscience.

In this piece, we will take an in-depth look at what the future holds for antibody research in neuroscience, with respect to their reproducibility and reliability.

Current Antibodies Applications and How They Can Be Improved

There are approximately 86 billion neurons and an equal amount of non-neuronal cells in the average adult human brain. Neuroscience is a rapidly advancing and broadening field of research; it studies the brain’s and global nervous system’s organization and functions. The utilization of antibodies is central to neuroscience research. 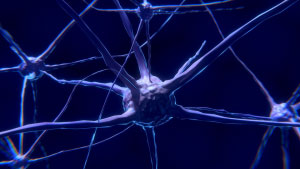 What the Future Holds for Antibodies in Neuroscience

When compared to other bodily tissue, neural tissue has a far more heterogeneous and complex molecular and cellular composition. One of the most useful ways in which antibodies can be improved in their application in neuroscience research is to design and validate them to be used specifically in the heterogeneous and complex neural tissue. When it comes to the process of selecting antibodies, it’s far easier and wiser to select pre-validated ones.

In order to develop a more useful understanding of the pathological brain’s neural development and any changes that occur within it, it’s vital to visualize its neural networks. Neurodegenerative diseases, such as Parkinson’s disease and Alzheimer’s, are characterized by abnormal aggregate protein accumulation in the brain.

Methods such as mass spectrometry do not provide the ability to visualize them spatially. The development of antibody immunogens, however, may help neuroscientists better understand neural networks and membrane proteins.